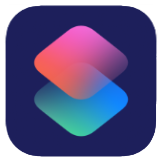 Siri is the voice assistant from Apple that is available on iPhone, iPad, Apple Watch, and HomePod. Siri Shortcuts allows you to turn on/off your HomeWizard Climate devices with your voice.

If you want to switch a scene with Siri Shortcuts create the scene before continuing. To read more about creating scenes click here.

You're done! Test it by activating Siri and running the shortcut by asking Siri with your personalised phrase.

Can I do more with Siri Shortcuts than turning devices on/off?

Due to limitations in Siri Shortcuts it is currently not possible to change things like fan speed or temperature with Siri Shortcuts. If Apple enables this in the future we will take another look at it.

Did you find it helpful? Yes No

Send feedback
Sorry we couldn't be helpful. Help us improve this article with your feedback.